The Best Media Streaming Sticks for 2022 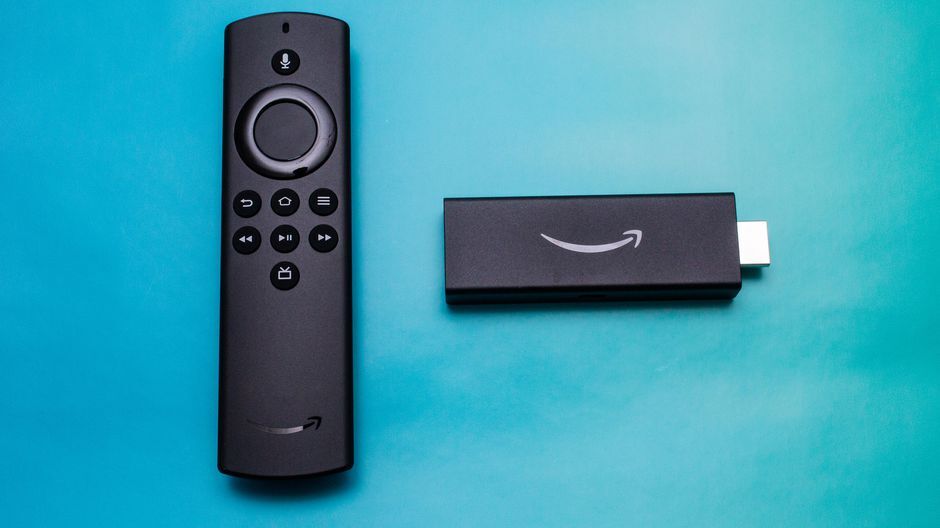 The "streaming stick," which is a gadget or attachment that connects to your television and allows you to stream content, is a more recent development than many of us might imagine. While other devices can accomplish most of these tasks, the streaming stick is often less expensive than its competitors. It also frequently includes a service that provides access to a wide range of content(typically for a price) and is portable, so it doesn't take up valuable living room space.

It's understandable why they've become so popular. There are a variety of sticks to pick from, which reflects their popularity but can also be confusing to potential buyers.

We're here to assist you in determining what each stick is capable of, as well as assisting you in selecting a stick. We won't declare that one streaming stick is better than another, but with the information supplied and an understanding of your goals, you should be able to make an informed decision.

While there may be other sticks or versions of the ones listed here, the main (Chromecast, Fire TV Stick, and Roku Streaming Stick+) are the ones to look for. We anticipate that material will be tweaked, as well as app updates, over time. Additionally, new models may emerge. That should not, however, prevent you from making a decision now and going forward.

Other sticks, such as the Apple TV 4K, are fantastic for Apple devotees but far too pricey for the average person to consider. There are also inexpensive versions to consider, but we believe that a $20 difference in price is not worth the lack of features and that saving just a little more makes all the difference.

Nonetheless, here's a quick rundown of the options you'll most likely consider:

The Roku Streaming Stick+, one of the most popular streaming sticks, is one of Roku's top products, offering some of the best performance at a reasonable price. The Roku is simple to use, with the device automatically updating and setting itself up with ease. It is a fantastic alternative for first-time users and those who prefer not to deal with technology.

In terms of capability, the device can stream in 4K and can handle any TV resolution below that by default. It comes with a wireless receiver (though you'll still need a good internet connection) and an interface that makes it easier to find a 4K video.

In terms of additional content, the Roku Channel offers a diverse selection of both free and premium options. Some homes will be thoroughly entertained just by browsing at the free streaming possibilities, which is a fantastic investment for about $50.

The Roku Streaming Stick+ includes a voice remote that functions similarly to a television remote, letting you feel right at home. When it comes to voice commands, it's also compatible with Alexa, Apple HomeKit, and Google, allowing it to fit into a wider range of households than many competitors.

Google Chromecast has been around for a while in various forms, and it has a lot of features in addition to streaming. For a variety of reasons, the 2020 Chromecast with Google TV remains a popular choice.

The first of these is that Chromecast is the clear winner when it comes to streaming content from other devices. You can use Chromecast and the Chromecast app to turn your TV into an extra (and better) screen for whatever device you're using, allowing you to use streaming services and videos that aren't natively supported by Chromecast.

The latest Chromecast supports 4K video streaming and has an integrated Android OS to give customers a sense of familiarity. The device includes Google Assistant, and the remote is small and easy to use. The potential content library for Chromecast is enormous, and Google's ability to find relevant content for you is unrivaled. There's no reason to believe Chromecast is going away, and it's unlikely you'll be sorry to have it in your home.

The Fire TV Stick (in this case, we're mostly interested in the Fire TV Stick 4K) is another long-standing device that can keep everything in one place, at least for Amazon users. It's as simple as subscribing to some channels and watching what you want.

Furthermore, the Fire TV Stick includes all of the features you'd expect from a streaming stick, including the ability to handle 4K content, as well as virtually any streaming service (Netflix, Hulu, and the like) with ease.

While the fire stick is inexpensive and does the job well, we can't say there's anything about it that stands out or does something that other sticks don't. While we do not necessarily recommend such actions, jailbreaking the smartphone may enable additional functionality and the installation of apps that expand the device's potential content and options.

The Fire TV Stick is Alexa-compatible for more functionality, and the voice remote is simple to use.

Now that you've learned a little bit about the big players, here are some items you might want to compare, as well as some suggestions for how to approach the problem:

However, there is also the issue of substance, which most people consider to be the most significant factor. What good is a streaming stick if you don't enjoy any of the stuff available?

We obviously don't know your preferences, therefore we can't advise you on which stick is ideal for you. Instead, we can advise you to look into what's accessible and what your passions are. Perhaps you already have or are interested in a few programs that are must-haves for you. We may predict that streaming sticks will be more focused on the content that their developer is interested in. Amazon will steer you in the direction of Amazon, and so on.

The content, on the other hand, should be kept in mind because it is subject to change. There's no guarantee that what's available today on a single stick will be available in a year or even months. There are typically some mainstays you can count on, and there will always be some sort of content holding.

If you're thinking about getting a streaming stick, the price may be a big factor for you, both in terms of the device itself and the monthly fees for any services you join up for. We found three sticks for roughly $50, which is a reasonable price for any streaming device.

However, when it comes to the pricing, it's important to evaluate what you'll be utilizing the streaming stick for. Is it a replacement for television or a supplement? Signing up for larger bundles and a couple of other streaming services makes sense and won't break the bank if you solely plan on using your streaming stick to watch TV. Otherwise, it might be better to pick a few services to utilize with the stick with care and adhere to the stick's defaults and whatever free material you can find.

Another thing to keep in mind is that, while prices may appear to be transparent at first glance, streaming sticks sometimes go on sale, causing the balance of the base product to fluctuate. If you're ready to pay a lot more money, a streaming box can be a better option than a streaming stick.

Also Read Streaming Bundles That Are Alternative to Cable TV

What Kinds of Streaming Services Are There?

Apple TV+ is not available by default on Chromecast, which is less than ideal for Apple aficionados. There are workarounds, but they can be inconvenient.

Peacock is not available on the Fire TV Stick, which is a problem if you enjoy many (or any) of the NBC episodes. Another thing to keep in mind is that the stick significantly favors Amazon Prime Video, so you'll have to work hard to get out of it at times. Aside from that, almost anything is available.

There are presently no noteworthy exclusions in Roku Streaming Stick+ that we can discover. Although there may have been some challenges in the past, Roku (or content providers) have worked hard to ensure that everything is now accessible.

Another feature of streaming sticks and streaming services is that you can usually make up for lost services by using screen mirroring, which you may do with your phone, tablet, or another device. If you want to watch something on your TV and have a device that can play it, you should be able to do so as long as your home network is adequate.

What are your thoughts on the user experience provided by each streaming stick? While this may seem like an afterthought to some, and most people will be content with whatever interface is offered, there is a distinction between them all. Even if you have paid for the streaming stick, a bad experience can make you reluctant to use it.

Furthermore, there is a matter of presentation and how easy it is to take in information. You want to balance there being enough info to satisfy and there being not so much that you cannot make heads or tails of it. What makes for a good presentation is a matter of taste, though everything should be clearly labeled and easy to navigate. We suggest you try and find pictures or examples online of how they work and choose from there.

This is a difficult thing to talk about for the most part, as the applications will continuously change their lineups and presentations. What might be correct today might be completely wrong in a few weeks, so instead, we will talk about some of the major trends we have discovered:

Every streaming stick on this list is compatible with the majority of entertainment systems (at least those that would consider a stick in the first place). The true test comes down to determining what material is best for you and how much you're willing to pay for the stick and related services. There is no right or wrong answer; only the best option for your family. Whatever decision you make, we hope that the preceding information has steered you in the right route so that you can watch your favorite shows without interruption as soon as possible.

All You Need to Know: Fox Channel on AT&T TV