Best Latino Cable Bundles for May 2022 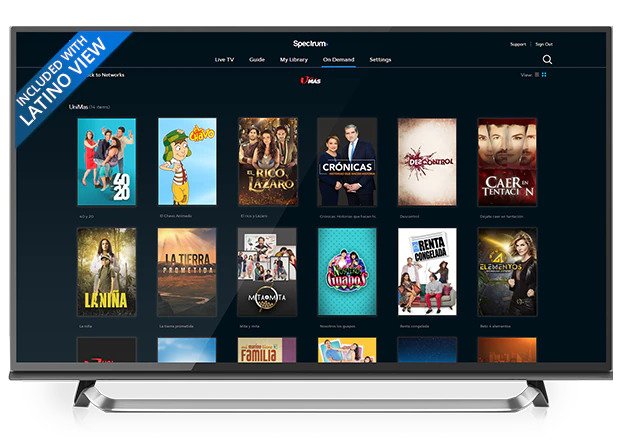 The United States is a Land of Opportunity for not only those who were born and raised here, but also for those who are studying, doing business, or working here. Immigrants have had a desire to keep linked to their roots since the days when newcomers arrived to start a new life in America. That is what makes America great: its diversity, which has resulted in a mash-up of cultures and traditions.

It can be tough to figure out how to acquire the desired international channels in the United States, whether you're new to the country or a 2nd or 3rd generation immigrant who appreciates programming from their ancestral country. Here is a list of major US cable TV providers that provide Spanish-language networks. To evaluate which plan appeals to you the most, compare channel lineups, costs, and base bundles.

Some dodgy set-top boxes may guarantee you dozens upon dozens of channels from any given country, but their service is of dubious legality, and these companies vanish into thin air without a trace. It's preferable to stay on the right side of the law by subscribing to legal, licensed worldwide network broadcasts, as we've explained. Let's look at the greatest Spanish channel providers now.

The Best Latino Cable Bundles in the United States

Xfinity's TV Latino service is available as part of a double play package (TV and internet up to 150 Mbps) for $69.99 for a 12-month period with a two-year agreement. This package includes free professional installation. This price includes a monthly fee of $10 for TV Latino. There are a total of 125 high-definition channels available. Secondary Audio Programming is now available with the Xfinity service! Subtitles aren't required. Place your order right now!

This provider has a large number of Spanish-language networks in the United States. "Mi Plan Latino" is the name of Spectrum's Spanish packages. Here's a taste of what's available on the Spectrum Spanish language channel roster.

There are two critical points to be made here: First and first, this is by no means a full list of the Latino channels available through Spectrum. Second, in order to receive these Spanish language channels, you must be a subscriber to a basic plan.

The Spectrum Mi Plan Doble gives you access to over 140 channels in total (75 in Spanish) as well as internet speeds of up to 100 Mbps. For a period of 12 months, Latino Double Plays start at $69.98 per month. More Mi Plan bundles with even more premium content are available. Secondary Audio Programming allows you to change the language of broadcasts from English to Spanish in real-time. To order your desired Spanish Spectrum bundle, call 1-855-423-0918 right now.

For those looking for Spanish language networks in the United States, DIRECTV satellite TV is a great option. This method is ideal for transmitting channels from one country to another. Every bundle includes a Genie DVR from DIRECTV, which can record up to five channels at once. There are numerous Spanish language packages available, each with a different amount of channels.

A DIRECTV Latino bundle has a few drawbacks, including the lack of Secondary Audio Programming and the lack of Spanish subtitles. However, as previously said, the satellite is the greatest option for getting the most amount of Spanish channels! When compared to competing providers, the number of channels available from Spanish-speaking nations on DIRECTV is enormous. In comparison to other service providers, the price is also more fair.

Call 1-855-820-1220 right now to speak with a DIRECTV representative who will help you choose and order the best plan for your requirements. You can let them know which channels you want in your package. Subscribing to one of these packages can't be better fun for a Latino family. The channel roster not only matches but also exceeds that of Xfinity and Spectrum. You can subscribe to AT&T internet if you wish to view Latino content online.

Best Internet Plans and Discounts for Students (May 2022)

If you're looking for a cable provider, look at your student ID and cut its costs one by one. Have a good luck. It can't hurt to ask for a student discount, but this year we have not discovered any particular student discount promotions.