Your Guide to Cord Cutting: Best Alternatives For Cable TV 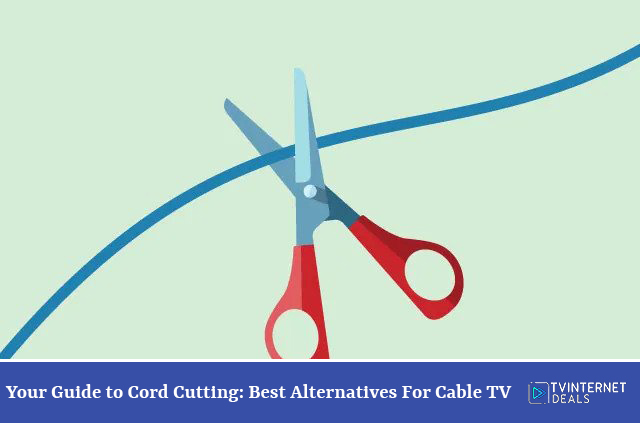 Unlike in the past, we now have access to an infinite amount of content that we can enjoy on our smart TVs. When it comes to spending our time and money on movies, we all want something that will meet all of our needs. The days when cable television was the only viable source of entertainment are long gone. Every day, as a buyer, you will discover something new to keep you amused.

You should keep an eye out for the best cable television alternatives. We all lead busy lives and keeping up with our favorite TV shows and movies when on the go is difficult. The best cable TV alternatives will help you save time and money. Choosing one or more subscription service channels that satisfy the hunger for digital content is the perfect way to replace Cable TV.

The cable television industry has deteriorated over the last few decades. Cable TV was once the only source of entertainment, so cable TV offers claiming to charge money according to their wishes. The times have changed, and there are now many low-cost alternatives to cable television. Technology advancements and the proliferation of over-the-top (OTT) services proved to be Cable TV's undoing. Since everybody nowadays is on a tight schedule, the demand for streaming services such as Hulu+ Live TV Streaming and YouTube TV is rising even faster.

Despite their dissatisfaction, the average American household subscribes to cable television. Despite the fact that service quality has been steadily deteriorating. To assist you in finding a solution to this issue, we conducted extensive research and compiled a list of the best ways to replace cable television.

The Revolution of Cord Cutting Begins

People began to turn to other forms of entertainment as cable TV prices continued to rise and facilities deteriorated. When over-the-top (OTT) services entered the market, something changed in the cable TV industry. Without a question, the best streaming services were chosen to replace the cable.

Before being a streaming network, Netflix had been a DVD rental service for years. Netflix evolved into the streaming service we know today in 2007 when it introduced a series of Netflix Original Shows that were well-received by consumers. In 2020, there are a variety of ways to watch TV shows and movies without being tethered to a setup box and a television screen. The exorbitant cost of cable TV and a plethora of TV streaming platforms sparked a cord-cutting revolution.

About 45 million people have dropped cable TV services in 2020. Instead of being confined to a single viewing location, viewers can now watch television whenever and wherever they choose. There are hundreds of ways to watch television services nowadays.

The Best Alternative to Cable Television

If you've chosen to give up cable television, you'll have no trouble finding a suitable substitute. When deciding on a cable TV option, you must first decide what kind of programming you want to watch. Although cable services aren't perfect, they do provide access to all of the available content. Here are some of the best cable TV alternatives.

YouTube TV is one of the easiest ways to replace cable TV if you don't like being confined to one location. It provides the same programming as a cable television channel. YouTube TV has only one plan, and whether you like it or not is entirely up to you. The package costs $49.99 a month.

You have access to over 50 channels, including local stations, decent sports coverage, and the option to add premium channels for an additional fee. Add-on plans start at $5 per month and go up to $11 per month. You can watch channels including Urban Movie Channel, AMC Premier, Starz, and Showtime via the add-on networks. You may also add Fox Soccer to your schedule if you want to stay up to date on the new sports.

Apart from that, YouTube TV has a limited number of shows and add-ons, making the site somewhat limited. Because of the small number of channels and add-ons, it is less attractive to those who enjoy watching unique content. Still, it's one of the best streaming platforms for cutting the cord.

You can share your YouTube TV account with up to five people, allowing you and your family to watch TV without paying for cable. You can get the best access to a cloud DVR service via YouTube TV. It is the only streaming service that provides users with unrestricted cloud storage. By keeping your shows and movies saved, you can watch them whenever you want. You get access to YouTube TV when you sign up for it, but it's just for a limited time. Regardless, YouTube TV is one of the best alternatives to cable television.

Hulu + Live TV is one of the most common over-the-top (OTT) services. Hulu + Live TV is the best service for you if you want to ditch cable TV but still have access to TV channels. Hulu's Live TV feature is very close to YouTube TV. The channel lineup is almost identical, with the exception of the local channel and sports packages, which are almost identical. It costs $54.99 a month, which is slightly more than YouTube TV.

Hundreds of thousands of people Consumer reviews suggest that Hulu + Live TV is a good option. When you dig a little deeper, you'll notice that the two programs are very different. Hulu's simple kit only allows for two computers to be used at the same time. The basic kit only comes with 50 hours of DVR storage. If you choose the simple kit, you won't be able to fast forward through the recorded programs. If you pay an extra $14.99 for the improved cloud DVR service, you can skip the commercials.

One of the best aspects of Hulu + Live TV is the variety of add-on packages available. Users will choose from a large selection of sports and premium networks, like HBO. Hulu has incredible sports coverage, making it one of the best subscription channels to replace the cable. Hulu is lacking in some regions, but it compensates by providing users with full access to the Hulu content library. This is why Hulu + Live TV costs a little more than YouTube TV.

If none of the above options appeal to you, Sling TV might be a good alternative. Sling TV is close to and different from the other cable TV alternatives on our list. Sling TV is one of the services that are highly adaptable and personalized to the preferences of the customer.

For Sling TV, there are only two options. Sling Orange, which has 30+ channels for $30 per month, and Sling Blue, which has 50+ channels for $30 per month, are two options. At first glance, it could seem that the Sling Blue is the better deal. In fact, the target audience for each plan is different. The type of add-ons you can get on that plane will be determined by the kit you choose. This is why the majority of users find Sling TV to be perplexing.

However, there is one option that will save you from all of this. Sling Orange + Sling Blue is available for just $45. You can get as many add-ons as you want after you've purchased both Sling orange and blue. The majority of add-ons have 5-10 additional channels. You can add premium channels such as HBO, Starz, Showtime, and many others. Sling does not come with a DVR service; however, if you are willing to spend an additional $5 on your contract, you can get one.

Sling TV is one of the easiest ways to replace cable TV because it prioritizes customer needs. With Sling TV, you can avoid wasting money on stuff you don't need because you just pay for what you watch. In addition to YouTube TV, Sling TV also provides excellent sports coverage. Another justification to go with Sling TV is that it is ad-free.

In addition, Disney Plus subscribers will have access to the entire Marvel Studios, Lucas Film, and ESPN libraries. All of this adds up to a fairly impressive content lineup. Disney Plus will also debut brand-new original programming. This includes “The Mandalorian,” the first-ever live-action Star Wars TV film, which was well-received by fans all over the world. Marvel's live-action TV series is scheduled to premiere on Disney Plus, giving viewers a closer peek at their favorite characters.

Disney Plus is currently $6.99 a month or $569.99 a year, making it an affordable option. Since the platform is still relatively fresh, it's likely that the fees will rise in the future. Nonetheless, it is a less expensive choice than cable. 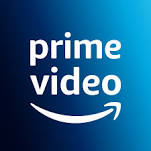 Amazon Prime is a premium subscription service that competes with Hulu and Disney Plus. Even though Amazon Prime has fantastic TV shows and a large movie library, it isn't the best service for those who want to watch live TV. The programming available with a Prime membership isn't quite as good as Netflix's, but it's improving all the time. Users can purchase or rent individual TV shows and seasons.

Ready To Cut The Cord?